I've received some direct messages from the Twitterverse claiming that my All-Metro shots had to have been photoshopped. First, lets take a look at the photo. The image was created in the gymnasium at Veterans Memorial High School. Lights were on and I had Aaron shoot layups a few times to get the shot right. 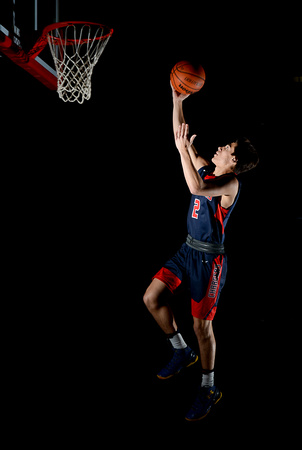 Lets look at the gear used.

Next, the exposure metadata.

I told the camera that it was very bright in the gymnasium so that it would only capture the brightest of light. At f/13, I excluded all the ambient light in the gym.

By adding two Nikon Speedlites into the mix using a wireless i-TTL system, the camera would see the light bounced off the subject, and adjust power (not settings) accordingly while continuing to exclude the ambient light.

So right out of the camera, we have a shot that needs minimal exposure adjustments.

We mock what we don't understand....